“Necessity is the mother of invention” and no one knows this better than LA-based Chiropractor Dr. Jason Wersland, who developed Theragun massage devices as a pain relief solution after a serious motorcycle injury. Applying his education as a Chiropractor to his personal journey, Dr. Jason experienced first-hand, the benefits of Theragun and is committed to using these devices to benefit not only his own health, but the health of his clients, professional athletes and customers as well. Equally devoted to her entrepreneurial journey and contribution to the world of wellness, our Founder & CEO Miranda Kerr caught up with Dr. Jason to learn more about the man behind her “favorite massage tool.”

Miranda: How did your motorcycle accident inspire you to create Theragun?

Dr. Jason: The idea was really created out of necessity. In 2008 I got into a severe motorcycle accident, and I was left in constant and debilitative pain. In order to treat my injuries, I searched for a handheld device to provide deep muscle relief, but I was unable to find anything on the market — even in the sea of tools in my Chiropractic office. As a result, I made something for myself and it worked. It worked better than I could have ever imagined.

At that point, it was completely selfish — I invented Theragun to treat myself. I was the first patient using this product to address my pain and then my rehab needs and eventually in my daily routine, from waking up to working out. I eventually took the Theragun to my clinic and started using it on my clients. I was able to see some drastic changes and the effect this new modality had on the everyday person, and that inspired me to keep innovating and refining the Theragun.

The popularity grew inside my office and became a requested treatment by nearly every patient.  In 2012, I started using Theragun on athletes and discovered its performance enhancing effects and how much these professional athletes loved using Theragun.  The demand for Theragun really started to take off in 2013. From 2008 to 2016, I developed 5 different versions which led to our first consumer launch of the G1 in 2016.

Miranda: As a busy entrepreneur, how do you find time for your personal wellness and what are your favorite self-care practices?

Dr. Jason: I have to make time and schedule self-care into my calendar. I actually block certain times on my calendar to make sure no meetings are scheduled, so I have a second to just reconnect.

Moving my body and practicing meditation daily is a huge priority of mine, that I make time for every morning before I start working. I’ve tried over the years to control my stress levels, and meditation and movement have helped tremendously. I also take “Theragun Breaks” every day to just reactivate my muscles and keep myself going.

I also have developed habits, which make it a lot easier to make time for self-care, because it doesn’t seem like a chore. For example, taking care of my skin. I actually love KORA’s Turmeric Mask and Face Oil!

Miranda: What are some benefits of Theragun that people can expect to experience?

Dr. Jason: Theragun Percussive Therapy has a variety of benefits — from aiding in preventing body aches and pains, reducing muscle tension in seconds, increasing mobility and range of motion, increasing blood flow to the area to reduce soreness, tightness and pain, and can assist with accelerating the repair and growth of tissues. Through research, we’ve identified how to combine amplitude, frequency and torque to effectively stimulate blood flow, which will ultimately help you feel better.

The Therabody app is the perfect guide on how to best use your Theragun and optimize the benefits with the correct speed, grip, attachment, and time on different areas. We have an incredible sleep protocol on the app, and we actually just released a study proving its effectiveness in promoting a better night’s sleep. The results were amazing.

Miranda: You’ve been vocal about how Theragun is a natural solution to pain relief. What advice do you have for those looking to pivot towards or enhance a natural lifestyle?

Dr. Jason: The best advice I can think of is to set an intention and then be consistent with your actions towards that intention.  An enhanced natural lifestyle is just that; daily living your intention. Creating the perfect day and then living it.

How we feel is also so important and recognizing how things affect you. Once you start paying attention to how you feel every day, you can start making little changes over time that make you feel better — like diet, exercise, recovery, mindfulness, etc. These don’t need to be dramatic changes, but once you start implementing these positive changes into your lifestyle, you will realize how much better you feel and won’t want to go back — it will become a habit.

Miranda: What can we expect from Therabody within the next coming years?

Dr. Jason: We are always looking at ways to expand our mission and our whole-body wellness offerings, but we don’t do it on a timetable or ever force innovation — but we will definitely continue to evolve. I am constantly researching with our team for effective natural wellness solutions backed by science and research. Things that really work and are simple to add to your daily routine.

Our bodies are so much more powerful than we have been taught.  I want to give people tools to help take care of this flesh and bone vessel we have been given to help change the way we live for the better.

Dr. Jason Wersland is the Founder and Chief Wellness Officer of Therabody, formerly known as Theragun, a leading global tech wellness company rooted in science and technology, based in Los Angeles, California.

Dr. Jason’s Theragun story began in 2007 when he experienced a debilitating injury in a motorcycle accident. Necessity became the mother of invention, and he created something to help him deal with his pain. And that’s how Theragun was born. Dr. Jason dedicated eight years to developing five different prototypes, devoted to finding a solution that increases range of motion and decreases pain.

Most recently, Theragun rebranded to Therabody continuing its mission to provide natural wellness product solutions and in July 2020 launched its own U.S. grown CBD line, TheraOne — becoming the first brand to ever garner the USDA Certified Organic seal across its entire product line.

As a chiropractor, Dr. Jason’s life’s work has always been about helping people feel their best, so they can live the life they were meant to live. Dr. Jason is passionate about wellness and is dedicated to constantly evolving science, research, and education around the subject and a huge part of that is learning from other’s experiences. 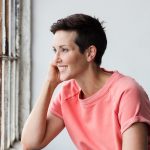