Keep Your Energy Clear This Year

The only constant in life is change ~ Heraclitus, a Greek philosopher.

The past two years have been tumultuous ones. Predictably unpredictable. So, as we venture into 2022, how do we keep grounded and how do we allow ourselves to flow with the waves of change?

To understand how to clear our energy, we first need to understand the concept of energy, and how it impacts us.

Our body is made up of energy. We are made up of cells which emit energy, and energy is all around us.  Energy healing is a holistic approach that activates, clears, and realigns our energy system to remove blockages.

When we feel anger, anxiety, fear, bitterness, sadness, or pain, energy becomes stagnant and stuck within us, and the cells of our body. These are blockages that need to be released within us, so that our souls can expand, rather than shrink.

When we are overwhelmed or highly anxious and stressed, our body often goes into fight/flight mode. Even after we have reached a sense of calm, the energy doesn’t just dissipate, it gets locked deeply in our bodies, and our muscles.

Through energy healing, we are able to stimulate the body to heal itself.

I believe we are all innately capable of healing ourselves, and that our bodies are highly intelligent to know what to do naturally. The goal of energy healing is to balance the energy flow, and by balancing our energy flow, we reduce anxiety, stress, and any unwanted energy that blocks us from becoming our best selves.

The chakra system is an integral part of energy healing. Eastern medicine believes that we all have seven chakras. Chakras are the energetic centers of the body. Our chakras run in a straight light from the crown of our head, to the base of our spine.

The first chakra, is known as the root chakra. This chakra is about survival.

In light of the past two years, many of us will have a root chakra that needs more opening, and healing.  The Root Chakra is located at the base of the spine, at the tailbone, coccyx area. This chakra is associated with the color red. It’s also connected with the earth element, so it is connected with being and feeling grounded, safe, and protected.

Do you ever feel like your mind is elsewhere? And you’re constantly misplacing things like your keys or your wallet or phone? Perhaps you’re driving and next thing you know, you’re at your destination, and it seems like you’re just moving through life on auto-pilot? Maybe you feel generally anxious, alone or fearful.

These are clear signs that you’re in deep need of grounding practices.

The question then arises: “How do I ground?” The answer is simpler than you think, however, just like a meditation practice, both consistency and practice are essential aspects of grounding and keeping the energy flowing through the root chakra. 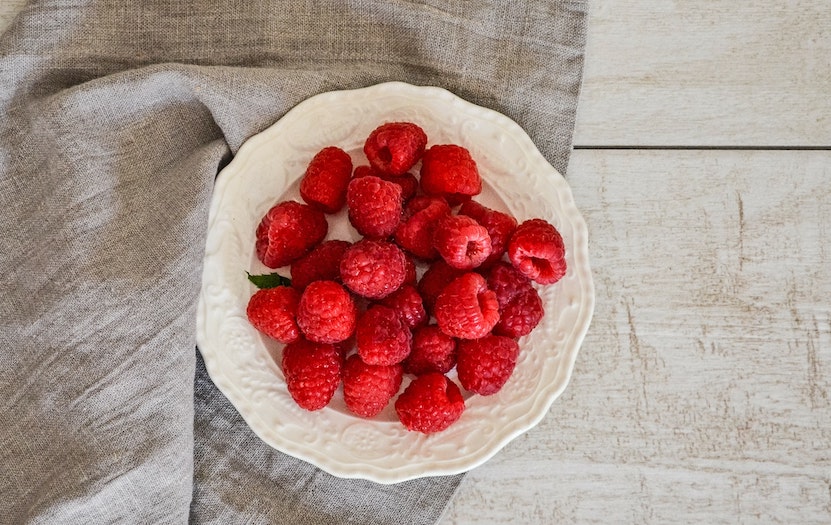 How to unblock and open the root chakra while staying grounded:

Red is the colour of the root chakra, so consuming red food, such as curries, juices, and vegetables can really assist in opening the flow of energy to the root chakra. Even wearing red clothing, can energetically open the root chakra as well.

Secondly, placing your hands on a tree, connecting and immersing yourself within nature powerfully grounds us as well, and unblocks the flow of energy to the root chakra. Ever spent a day off the grid? Without the social media scrolling, and fully immersed in nature? If you have, you will find that your nervous system is completely nourished because your root chakra energy is openly flowing, and you’re grounded.

As mentioned previously, the root chakra is the chakra of survival. The pandemic has had us in survival mode, many of us experiencing the impact of pandemic fatigue for various reasons. Collectively, our root chakras would therefore be quite blocked energetically. Our body hears everything our mind thinks.

The body-mind integration is palpable more than ever nowadays. Affirmations are powerful in balancing and opening all our chakras, and can really assist us in vibing high, clearing the fear, and restoring balance to our nervous system. Consider writing down these below affirmations in your own handwriting, and then reciting several times out loud. Notice what comes up for you when you recite them. Are some affirmations more challenging to say than others?

Some affirmations to help open the root chakra:

“I am safe and protected always.”

“I connect to my inner calm.”

“I am supported, centered, and grounded.”

“I release fear and anxiety, and I know I am safe.”

“I trust my path, and how it is unfolding.”

“I release any feelings or energy that no longer serve me.”

“I am grounded. I connect to the earth and its healing energy.” 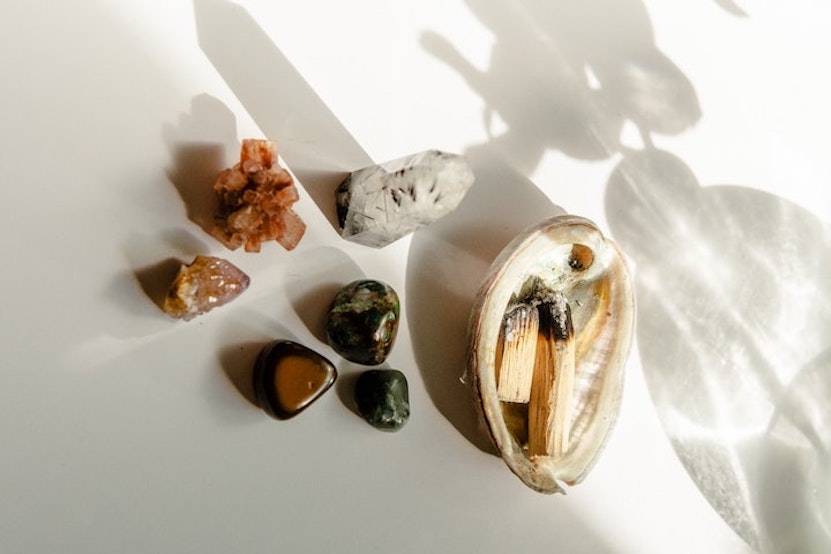 An exercise to ground and connect with yourself, reach a state on inner calm, and open your root chakra:

~ Take a few deep, cleansing breaths – breathing in and breathing out.

~ Allow your breathing to become organic, without counting.

~ Focus on your root chakra (the base of your spin, your tailbone/coccyx area).

~ Imagine that this area of your root chakra has roots, like a tree, or a vegetable in the ground, and these roots are flowing into the earth below you, pulling you down, grounding and earthing you.

~ Imagine that these roots also extend from your hands and feet into the earth beneath you.

~ Now, visualize that as you inhale your entire root chakra area is filled with rich, fertile, soil. This soil is filled with high vibing energy. As you breathe in, you’re breathing in an energy of vitality, abundance, hope.

Repeat as often as you feel necessary.

The root chakra in a nutshell:

The first chakra in the chakra system is our root chakra. It is the chakra of safety and belonging.

Location:  The base of the spine, our tailbone

Element:  Associated with the earth element.

Function: Its function is to serve the entire system – body, mind and spirit as its solid function, and ground. It relates to our primal instincts, and our most basic needs such as; safety, protection, shelter, and physical security. The root chakra’s function is to provide stability, and support the entire chakra system.

What blocks/imbalances?  When we are in a state of distrust, we are generally fearful or anxious of change, abuse, physical danger, poverty/lack and feeling lonely.

How to unblock/balance?  By connecting to Mother Earth, by placing our bare feet in the grass, by planting, touching trees, and immersing ourselves in nature. We can further unblock the root chakra by consuming red colored foods, curries, juices and smoothies. Foods such as beetroot, strawberries, potato, carrots, parsnips. Yoga poses: such as half bridge, yogic squat pose (Malasana), chair pose, and Tadasana (mountain pose) are powerful in balancing and opening the root chakra.

All my love, Tamarin

Tamarin holds a Masters in Clinical Psychology, and has trained at prestigious clinics in Beverly Hills, California.

Through her travels, attending Balinese healing + yoga retreats, and life experiences, Tam has merged her Psychotherapy experience and background with her spiritual guidance, intuitive and energetic healing capabilities. And so, EmpowHER Healing was born. Tam now calls Sydney, Australia, home.

Tam offers one-on-one sessions (in person and virtual) which which weave the wisdom of many modalities, merging the traditional psychotherapy model with a more holistic + spiritual guidance + healing. Her powerful sessions aim to cultivate the deep transformation driven by one’s readiness to discover their own potential for self-love, empowerment, expansion, and healing. Clients leave Tam’s sessions with their souls feeling aligned, empowered, expanded, and transformed. 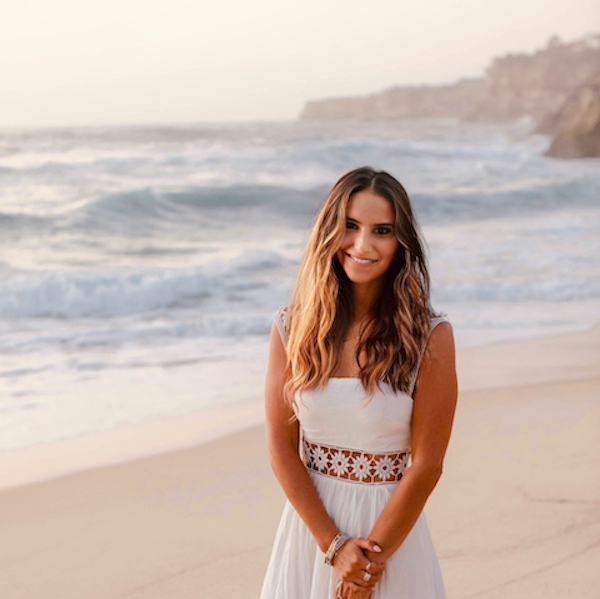 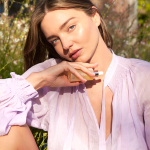 Five Ways to Live your Cleanest Year Yet
Read More 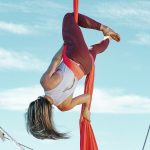 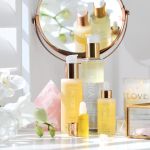 How to Live Sustainably in 2022
Read More