Have you ever wanted to hit the reset button? In its basic essence that is what Direct Neurofeedback does. It effectively gives us a chance to stop the noise in our head and hit that “reset” button. All you have to do is relax in a chair and your technician does all the work.

For those of us that feel like we have not slept in months, desperately horizontal in bed each night, still counting those sheep—how are we supposed to get our beauty sleep? I have suffered from insomnia for years, no matter how much I “try” to fall asleep, practice good “sleep hygiene” or run around to tire myself out. At night, I am tired, but once my body is in bed it rebels against sleep. I do not know how many of you out there feel that way. However, I am sure it is more common than not, in today’s go-go-go caffeinated society, even when you switch to herbal tea it is still hard to get those blissful ZZZ’s.

Over the years, I have tried medicine, meditation, therapy and they did provide relief—yet, for me things changed when I introduced Neurofeedback into the mix during Spread the Light’s Blog research on Wellness.

Last spring, before I tried Direct Neurofeedback, I had images of Clockwork Orange running through my head. What is this? What are they going to do to me?  Yet, when I had my first appointment it could not have been further from those images—it is easy, enjoyable, painless and quick compared to other modalities.

Before my first session, I knew only of what internet perusing provided and speaking with Neurofeedback expert, Meg Stuppy, Founder of the Los Angeles Neurofeedback Center, where she practices with her clients, and is also the co-founder of Clarity Direct Neurofeedback technology.

Intriguingly, what makes Direct Neurofeedback different than traditional neurofeedback methods—it is a quick reboot of your brain to get your natural rhythm back on track rather than retraining your brain.  (Three second pulses, and up to 30 seconds pulses, are sent through sensors attached to your head with gentle, easily cleaned adhesive on four to five touchpoints. It’s painless and easy.) Sessions, typically, are 20 to 30 minutes. 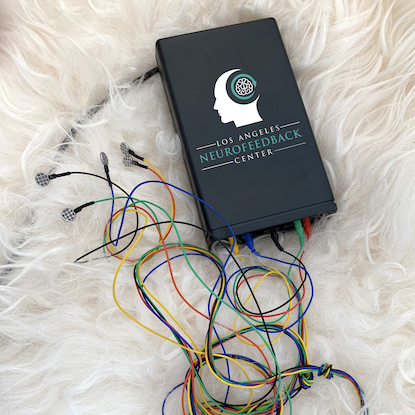 During the first session, I sat in a very comfortable reclining chair and felt very relaxed. Then five sensors were placed around my head and I “chilled” there while chatting with Meg—and before I knew it, I was done. (The sensors connected to your head give off custom micro-pulses less than what your mobile phone produces.)

Throughout the session Meg thoughtfully walked me through the process and kept inquiring what I was experiencing during the session to gauge how many pulses were needed. 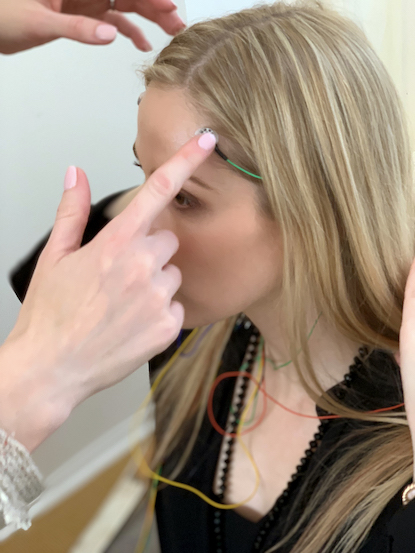 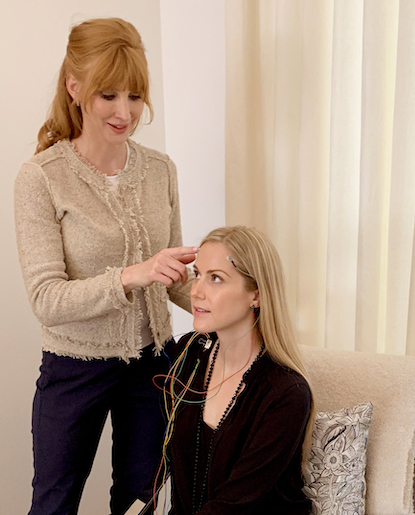 After my first few sessions, I felt slightly heavy in my body, yet light in my head (I still long for those initial “floaty” feelings, not everyone gets those). The usual Los Angeles 405 Freeway gridlock surrounded me, yet it did not affect me one way or the other—just a meandering path home.  The rest of my sessions: I simply felt clearheaded post session and went straight to work.

The more I researched Neurofeedback it became increasingly intriguing at how it is not more widely used—due to how effective it can be, especially for trauma, and those with Anxiety and Depression, among many other challenges. In the revised and expanded edition of the Symphony in the Brain, it alludes to why for decades Biofeedback and the Neurofeedback subset is not given the full exploration compared to other methods, such as pharmaceuticals. As more grants are given and studies are conducted, the overall Biofeedback field will continue to expand. For example, Neurofeedback may provide consistent and long-lasting effects compared to ongoing medicine for anxiety or depression suffers or be a great companion to work alongside medications.

In the coming year, results from a double-blind study being conducted at the University of California, San Diego with Veterans will be revealed, and it should help put the Neurofeedback field, as a whole, more mainstream. Furthermore, as it is already proving effective, more insurance providers may soon be covering sessions. Currently, the biggest challenge for some could be the cost, but generally, you only need around 15 to 20 sessions and then a couple of “tune-ups” each year—it is well worth it.

It’s been a year since my first session, and now I only have the sporadic “tune-up” session, and I can say Direct Neurofeedback has definitely made a difference in my life.  While I started the sessions for Spread the Light, I was going through a divorce and my daily routine was completely changed and uprooted. In this time, my night’s sleep only became worse each night, until I fortuitously started Direct Neurofeedback. After my first six visits, I was hooked and continued on as a client of Meg for the full number of sessions. Trauma and life’s sharp turns comes in many forms and Direct Neurofeedback can help stop those negative loops.  Sweet dreams, y’all.

Q. What is Direct Neurofeedback? How does it work and what are the benefits?

A. “Direct Neurofeedback is an imperceptible ultra, low-voltage stimulation that disrupts the frozen, stuck and repeating neural patterns that are the root cause of many mental disorders. This allows an individual’s brain to reestablish healthy neural patterns. The effect is like rebooting a frozen computer.” 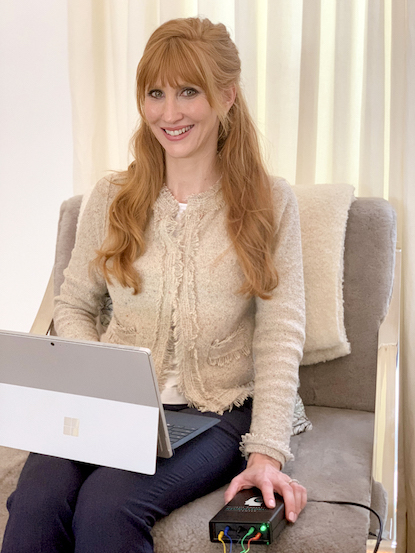 Q.  Why is any form of Neurofeedback so great after traumas or chronic illness, such as Fibromyalgia?

A. “After trauma, the emotional side can take over our nervous system. The brain reacts and can get stuck. It can also help the body’s system when dealing with symptoms of chronic illness, such as Fibromyalgia, depression, anxiety, stress. It helps to stabilize your nervous system by “rebooting it”, and helps you get your nervous system on track and that in turn can help alleviate some physical symptoms.”

Q. What drew you to this field, and specifically Neurofeedback?

A. “I was Pre-Med and disenchanted with Western medicine (I’m from a family full of doctors), so after graduating I fell into a slump and found Neurofeedback—and it became my passion and calling to share with others.

At the end of the day, Neurofeedback made me feel like myself again.”

Q. What’s your most rewarding career moment with a patient?

A. “A few years ago, I had a US Army Veteran who was a full-time mom of two who came in for sessions. She had survived two major blast injuries while in the Middle East, but came home with traumatic brain injuries, PTSD, depression and a stutter. After her first session tears came to her eyes—as she couldn’t explain how she felt, but she knew it was “different”—as if the fog had been lifted. Within the first few sessions her stutter improved, her sleep improved, and her relationships improved. The most rewarding moment would have to be when she told me that she felt that Neurofeedback had changed the course of her life and allowed her to be a better mom.”

Q. Besides sharing Neurofeedback with the world, what do you do at home to unwind?

A.
– Meditate – 2x a day
– Nutrition is important.  Love to share dinner, when I can with my friends.
– Exercise vigorously every morning, which helps me unwind at night.

Q. What else can you do in addition to Neurofeedback to achieve neuro bliss?

A. “The body and its systems work together—we must take care of the whole package.” 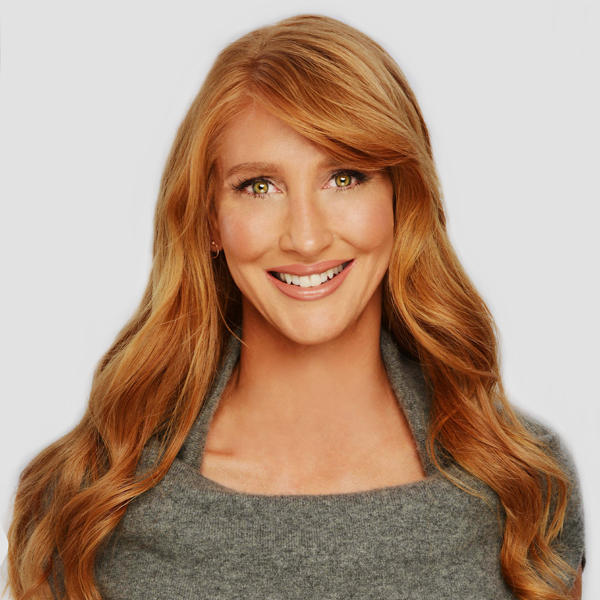 Meg Stuppy founded the Los Angeles Neurofeedback Center in 2012, after experiencing the powerful difference Neurofeedback had on optimizing her brain—and seeing the transforming results it gave to others.

Growing up in a family of physicians, Meg could not deny her passion in alternative medicine and holistic wellness. Shortly upon graduation from University of California, Santa Barbara with a bachelor’s degree in Biology, Meg discovered Neurofeedback—and immediately changed her focus from applying to medical school to studying Neurofeedback at Brain State Technologies.

She believes that with an optimized, rebalanced mind, people of any age can reclaim and enrich their life to accomplish a greater degree of wellness. When she is not working as a NeuroCoach, she enjoys going to the beach with her dog, Sophie, and spending time with her nephew and niece. 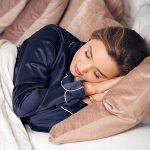 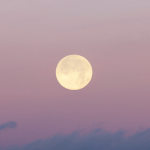